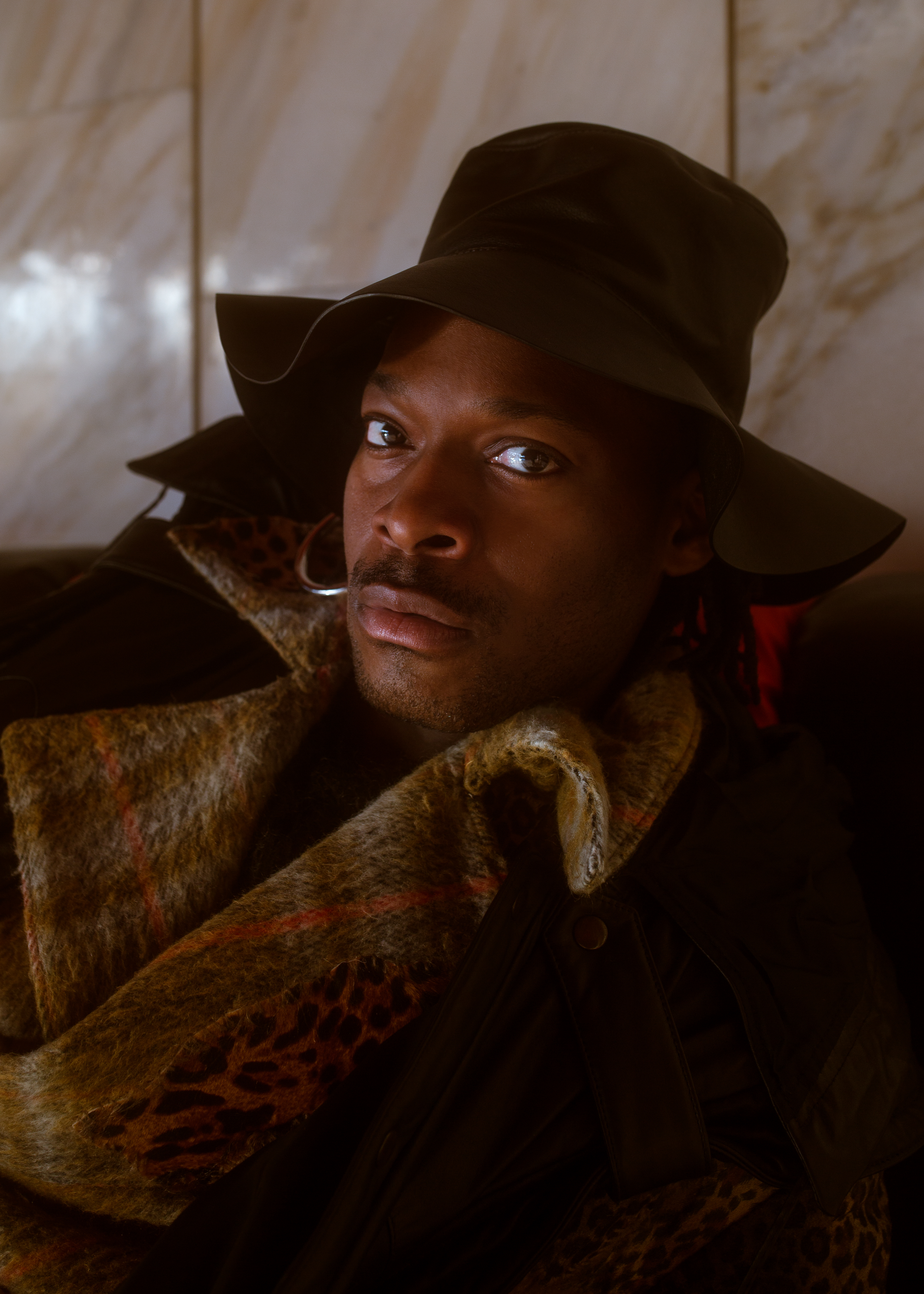 Written and produced between Berlin and London, LESS IS MOOR features guest appearances by Shygirl and S. Ruston, with a myriad of star co-producers such as Sega Bodega, Tony Quattro, and fellow Red Bull Music Academy graduate, Torus. Amidst all this talent,there’s rarely a down moment on the album.

Together, these tracks capture sides of Zebra Katz the world has yet to see and reveal his artistic versatility. His multiple inspirations are channeled into a series of high-energy bangers,all of which required years of collaboration to complete, a DIY attitude, and a commitment to a high concept without excess production.

Recent singles “IN IN IN” and “LOUSY” are examples of Zebra Katz’ desire to repossess his narrative, exploring issues like the Black experience and sexuality, all the while mixing in devastating ruminations on the life of a star: “they all love when you dead / and you six underground.”

LESS IS MOOR will have listeners on their heels, especially in moments that show Zebra Katz’s talent for improvisation and drawing on the moment. The freestyle on “ZAD DRUMZ” came about after an improvised session at Red Bull in Berlin with co-producer Torus. “INTRO” was made at a party loft in Berlin. The gabber-oriented sound reflected the chaotic sounds of the party below. “All I wanna do is keep the dance floor jumping,” sings Zebra Katz on “ISH,” the next single inline for release. “NECKLACE,” a guitar-strummed slow jam, is a rare moment of respite on an otherwise high-energy album. The very next track, “SLEEPN” jumps back in with a bubblegum beat and subversive lyrics: “blackface, war paint / throw a hex on ‘em.” “LICK IT NSPLIT” is the album’s sexy and high-spirited ending featuring Shygirl. 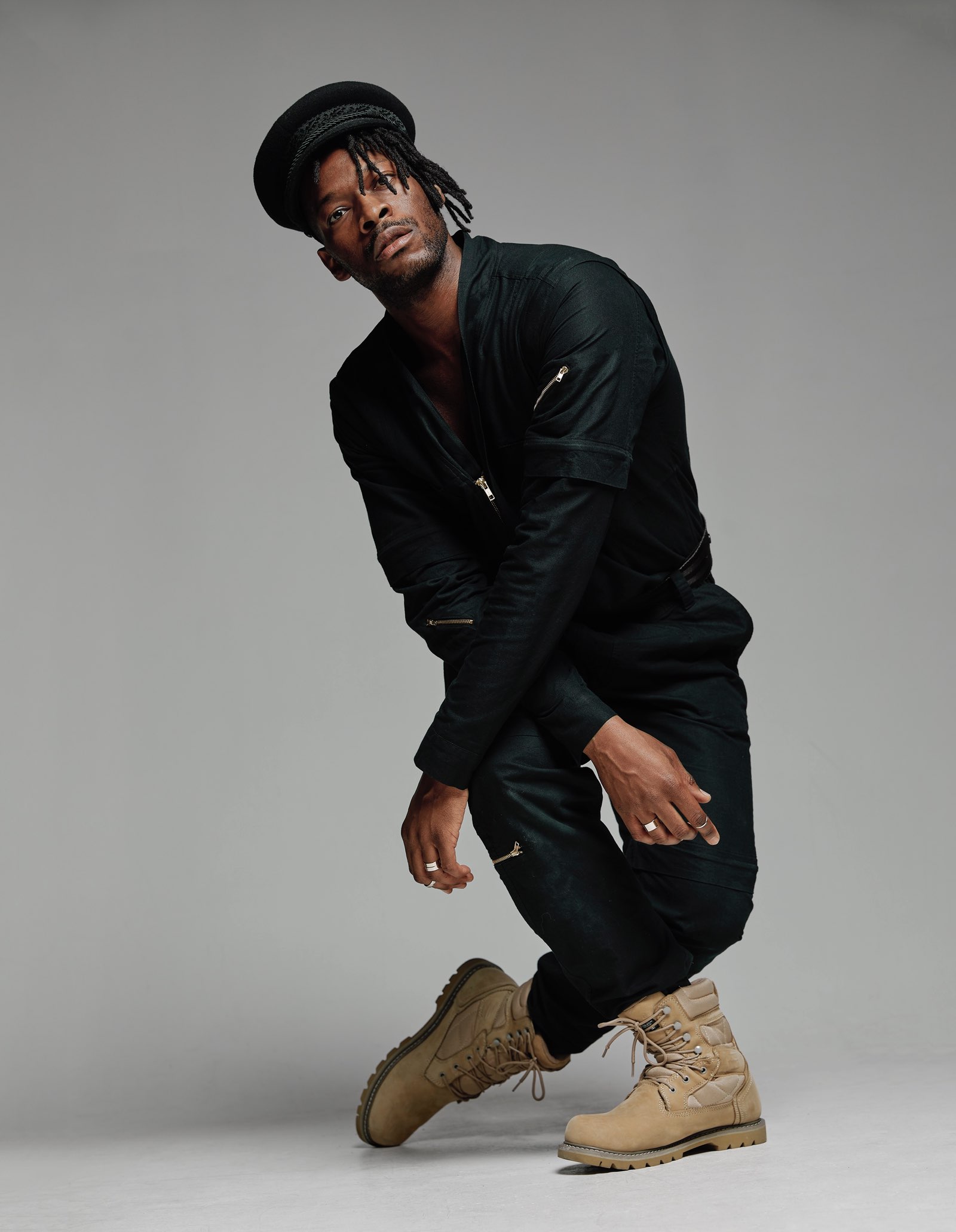 Born Ojay Morgan, Zebra Katz, is a first-generation Jamaican-American born in West Palm Beach, Florida. Morgan’s artistic days began early: his senior thesis at the Eugene Lang College of Liberal Arts at The New School found him premiering “Moor Contradictions,” a precursor to LESS IS MOOR that combined performance art with music at La Mama Theatre in 2007. Skip ahead to 2012, when the music world explodes over Zebra Katz’s sensational hit, “Ima Read.” Picked up by Diplo’s Mad Decent imprint Jeffree's, the track garnered further popularity when it ran for 11 minutes on a Rick Owens runway at Paris Fashion Week. The next five years found Zebra Katz touring nonstop in Europe and the United States, delivering memorable and genre-breaking live performances at venues like the Broad Museum in Los Angeles, the New Museum in New York, the Metropolitan Museum, MoMA PS1, Brooklyn Museum, and Art Basel in Switzerland. It was during this same period that Morgan released the mixtapes Champagne and DRKLNG; two EPS, Winter Titty and Nu Renegade, a collaboration with Leila Arab.

Zebra Katz wanted to dive into production for LESS IS MOOR immediately after releasing Nu Renegade, but an exciting new opportunity took him away from the project: from 2017-2018, Zebra Katz joined the Gorillaz on their Humanz tour and was featured on the tracks, “SexMurder Party,” “The Apprentice,” and “Out of Body,” which also featured Kilo Kish and Imani Vonsha.

For years, Zebra Katz has been working as an independent and self-managed artist, thriving despite the lack of backing from a major label or a debut studio album. Now, with greater support behind him, LESS IS MOOR announces a deeper look into the sonic universe of Zebra Katz. The album stays true to the off-the-cuff way that Zebra Katz initially started to make music seven years ago but it finds the musician newly empowered and unafraid of being noise-driven, biting, caustic. Nor is he afraid to draw inspiration from diverse sources like Little Richard, Nina Simone, James Baldwin, and Grace Jones. Sexually charged and abrasive, LESS IS MOOR is a bold, sonic experiment that meshes industrial hip-hop with drum ‘n’ bass and unidentifiable sonic territory.

Used as early as the Middle Ages, the word “moor” refers to the black Muslims of Northern Africa. Today it simply means black and is synonymous with “negro.” When Zebra Katz says “I’m that sick sadistic fucking twisted bitch” on “ZAD DRUMZ,” he’s wearing his darkness for all to see. If you listen hard enough, you can almost hear James Baldwin saying, “To be dark in this country and to be relatively conscious is to be in a rage almost all the time.” LESS IS MOOR lets you into this rage so you can dance with it.